Today’s episode of Sounds of Cinema altered the show's music format a bit to feature songs inspired by films and movie stars. Here’s a look at some other songs that fit the profile.

“Electric Barbarella” by Duran Duran
Duran Duran took their name from the mad scientist (named Dr. Durand-Durrand) in the 1968 cult classic Barbarella. The band formed in 1978 and was at the height of its fame in the 1980s and 90s, in part due to salacious (for the time) music videos. In 1997, Duran Duran released the album Medazzaland, which included the song “Electric Barbarella.” It was touted as one of the first songs to be legally available for purchase online. If you listen closely you can hear some of the sound effects from Barbarella.


“Along Came Jones” by The Coasters
The Coasters were an R&B group popular throughout the 1950s and 60s. They were known for lighthearted tunes like “Riot in Cell Block #9” and “Yakety-Yak.” The song “Along Came Jones” was inspired by the motion picture of the same name starring Gary Cooper and Loretta Young. The lyrics describe a generic western movie as told from the point of view of someone watching television.


“Space Oddity” by David Bowie
David Bowie’s song “Space Oddity,” which was the first track on Bowie’s eponymous 1969 album, was inspired by 2001: A Space Odyssey. The song is about a fictional astronaut, Major Tom, who gets lost in space, much like the astronauts in 2001. Ironically, the BBC used “Space Oddity” as background music for the broadcast of the Apollo 11 moon landing.


“I’m the Droid You’re Looking For” by Nerf Herder
The band Nerf Herder takes their name from the insult that Princess Leia lobs at Han Solo in The Empire Strikes Back and several of their songs make reference to pop culture and to movies, especially the Star Wars and Star Trek series.


“Jurassic Park” by Weird Al Yankovic
Another musician who has found a lot of inspiration at the movies is Weird Al Yankovic, who has made a career out of satirizing popular songs. His work oftentimes mixes one pop cultural reference with another such as fast food, consumer products, and movies and television shows. His 1993 album Alapalooza opened with “Jurassic Park,” a parody of the song "MacArthur Park” written by Jimmy Webb and performed by Richard Harris.


“The Red Shoes” by Kate Bush
Based on a fairytale by Hans Christian Andersen, the 1948 feature film The Red Shoes was about a woman who must choose between the man she loves and a career as a ballerina. The film inspired British musician Kate Bush who released the album The Red Shoes in 1993. Along with the album, Bush also released a companion short film “The Line, the Cross and the Curve.”

Songs Inspired By Movies on Sounds of Cinema

The Sounds of Cinema episode for Sunday, April 28, 2019 will alter the show's music format a bit. Sounds of Cinema usually plays music from the movies but this episode will feature songs inspired by films and movie stars such as "Bette Davis Eyes" by Kim Carnes and "Gump" by Weird Al Yankovic. The show will also include reviews of The Curse of La Llorona and Teen Spirit.

Sounds of Cinema airs every Sunday morning at 9am on 89.5 KQAL FM in Winona, Minnesota and at 11am on 89.7 KMSU FM in Mankato, Minnesota. The show can be heard over the air, online at each station's website, and on your mobile device using the Tune In app.
Posted by Nathan at 12:02 PM No comments:

89.7 KMSU FM "The Maverick" is currently holding its spring pledge drive. If you listen to Sounds of Cinema from this station or simply believe in independent media, please consider making a financial contribution. You can make a pledge by calling 507-389-5678 or 1-800-456-7810. You can also make a pledge online at the station's website. 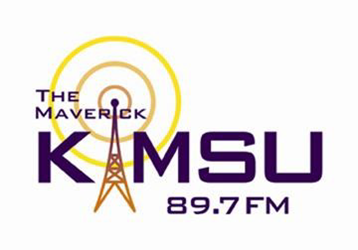 This pledge drive has a $45,000 fundraising goal. The money primarily goes to KMSU's overhead expenses. Most of the local programs, including Sounds of Cinema, are produced by volunteers. Your pledges go directly to keeping the station on the air so that all of us can keep sharing our passions with you.

KMSU offers a variety of extraordinary and unique programming that is valuable to the community. The station allows local businesses, artists, and community organizations exposure they would not get otherwise. It is a truly independent voice in this community. Our playlists are not dictated from corporate offices nor are our views and opinions restrained by marketing departments and partisan talking points. Whatever goes over the air is the result of the dedication, effort, and passions of the station’s staff and volunteers. That feature is increasingly unique in broadcasting and KMSU represents something that the community ought to be proud of.

If you listen to KMSU and enjoy its content, please help to ensure that the station continues to broadcast its unique blend of programming. The reality is that radio—like everything else—costs money. Every piece of media that you hear, watch, or read costs somebody something to make into a tangible and accessible reality. Don’t kid yourself; music and movies and radio programs do not magically appear out of nowhere. They are the result of time and effort and investment. That’s where you come in. As consumers and citizens, we express what we want by the way we spend our hard-earned dollars. Every day we vote with our wallets whether it is at the market, at the local movie theater, or through a public radio pledge drive. And just like the goods of your favorite store, your support will determine whether or not KMSU’s product continues to exist.

It's also important to remember that pledge drives are about more than money. Space and funding are at a premium across higher education. When you make a pledge to KMSU you demonstrate that the station is valued by the community and that helps justify the station's continued existence.

Also, keep in mind that KMSU is a part of the Association of Minnesota Public Educational Radio Stations. This is a separate organization from Minnesota Public Radio and MPR's fundraising dollars  do not go to KMSU.

On Sunday, April 21st, those listening to Sounds of Cinema from KMSU will hear a special pledge drive episode. Those listening from 89.5 KQAL FM in Winona will hear the regularly scheduled program.
Posted by Nathan at 10:46 PM No comments: